mycrushnews.com
Home THE LATEST Melani Olivares’s car is stolen: “Should I go by car and naked?” 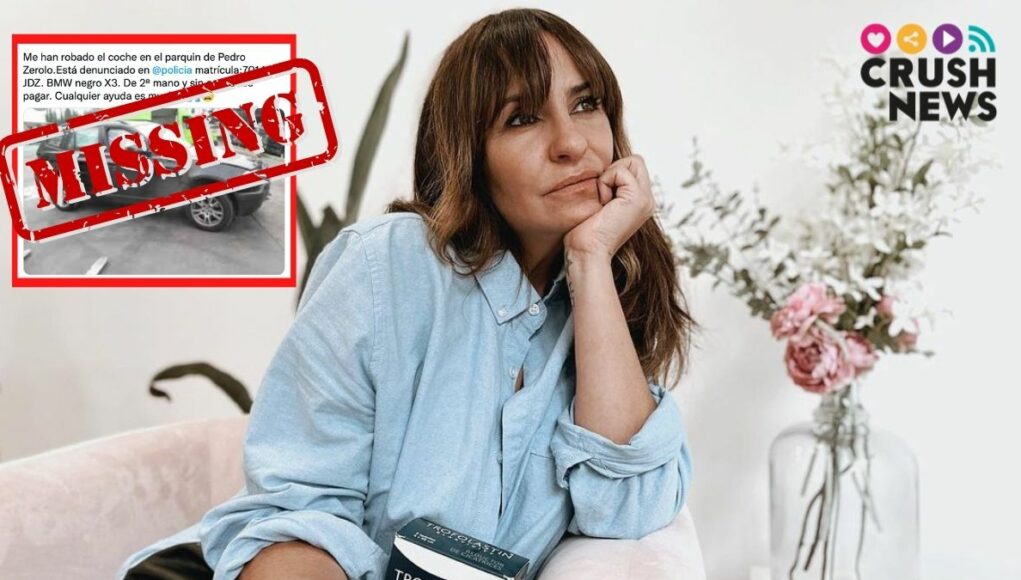 Melani Olivares’ car is stolen and criticism rains on networks because the actress has a BMW X3. She has ended up exploding against all the haters.

Melani Olivares’ car is stolen and criticism rains down on her on the Internet. Photos: networks.

Melani Olivares, the protagonist of ‘More than friends’ and ‘Aida’, has just reported the theft of her car. It is a second-hand BMW X3, from 2015, that the actress is still paying for. To try to solve her problem before her, Milani spread her news on her social networks, with the intention that they could help her. This is a far cry from what actually happened.

Melani Olivares’ surprising response to criticism: Should she go naked in a horse-drawn carriage? Photos: networks.

Melani Olivares’ car is stolen and people criticize her

As soon as she realized the theft, Melani Olivares shared a photo of her vehicle on her social networks, which she accompanied with the message: “They have taken my car. It’s about seven years old and I bought it second hand. I am still paying it. I already reported it, I share it to see if we are lucky“. And although there were many who sent messages of love and support, many others took the opportunity to criticize the actress for publicly denouncing the theft of her car.

The type of messages the actress received all revolved around the same thing: her political ideology. On twitter, many made it clear that “it’s okay to specify what is second-had and that you haven’t paid for it yet, to seem more progressive”, in addition to comments like “this is the one that was ruined. But BMW that is not missing“.

As soon as Melani saw her messages with bad intentions, she decided to make it clear that “because I am a leftist, she should go in a horse-drawn carriage, and naked. You would like that more. I’m not living a drama, it’s just a car. But will I be able to report that it has been stolen from me?“. The bad comments received by the actress do not make much sense, especially since an ideology should not define the car or the purchasing power that you have or should have.

The economic situation of Melani Olivares

Melani Olivares’ car is stolen and criticism rains down on her, so the actress is not exactly going through her best moment. Last year, she herself told Deluxe: “I’m not rich, but I’m starting to breathe […]. We are in a screwed up situation and the theaters are not 100% everywhere […]. Now I’m doing a lot of advertising on Instagram. If things don’t go well as an actress, I shoot publi“.

Melani publicly denounces the theft of her car and people criticize her for not being a good liberal. Photos: networks.