mycrushnews.com
Home THE LATEST Hande Erçel (‘Love is in the air’) and CR7 together in Dubai 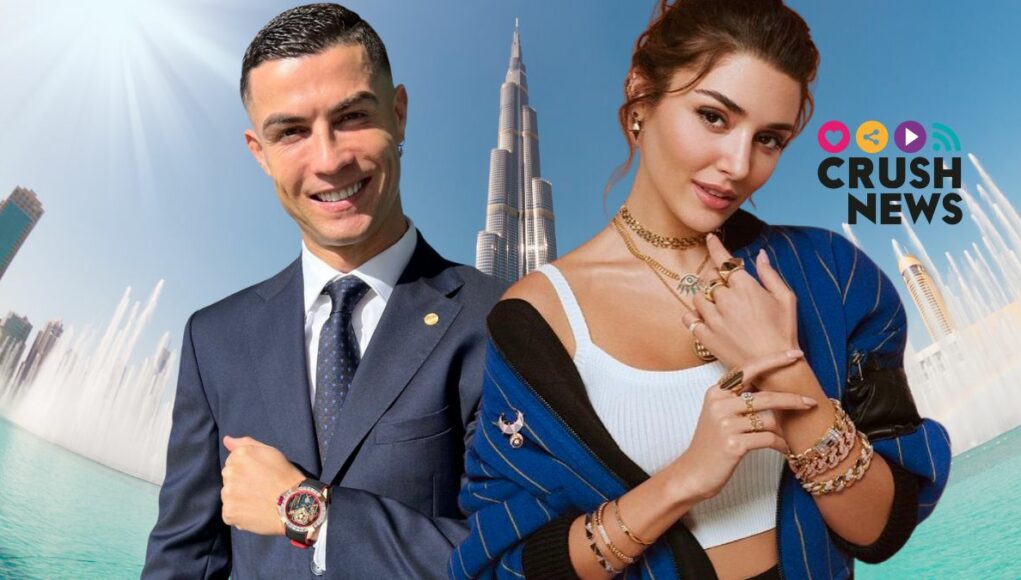 No. It is not ‘Clickbait’ Hande Erçel and CR7 have been together in Dubai presenting a line of jewelry of the ATASAY brand

Well, in reality who presents the new jewelry line of the ATASAY brand is Hande Erçel but leave us to explain why they are together. As you will see, the protagonist of ‘Love is in the air’ shows how surprised to see how her image is projected in the most important tower of Dubai, the Burj Khalifa 828 meters high.

i. A image so shocking that Hande Erçel, seeing him, could not avoid being surprised by taking the Hands to his mouth.

After the projection, everything was hugs and congratulations for another great achievement of Hande Erçel who has managed to reach the highest that a Turkish actress has ever managed to arrive.

Hande Erçel and CR7 together in Dubai 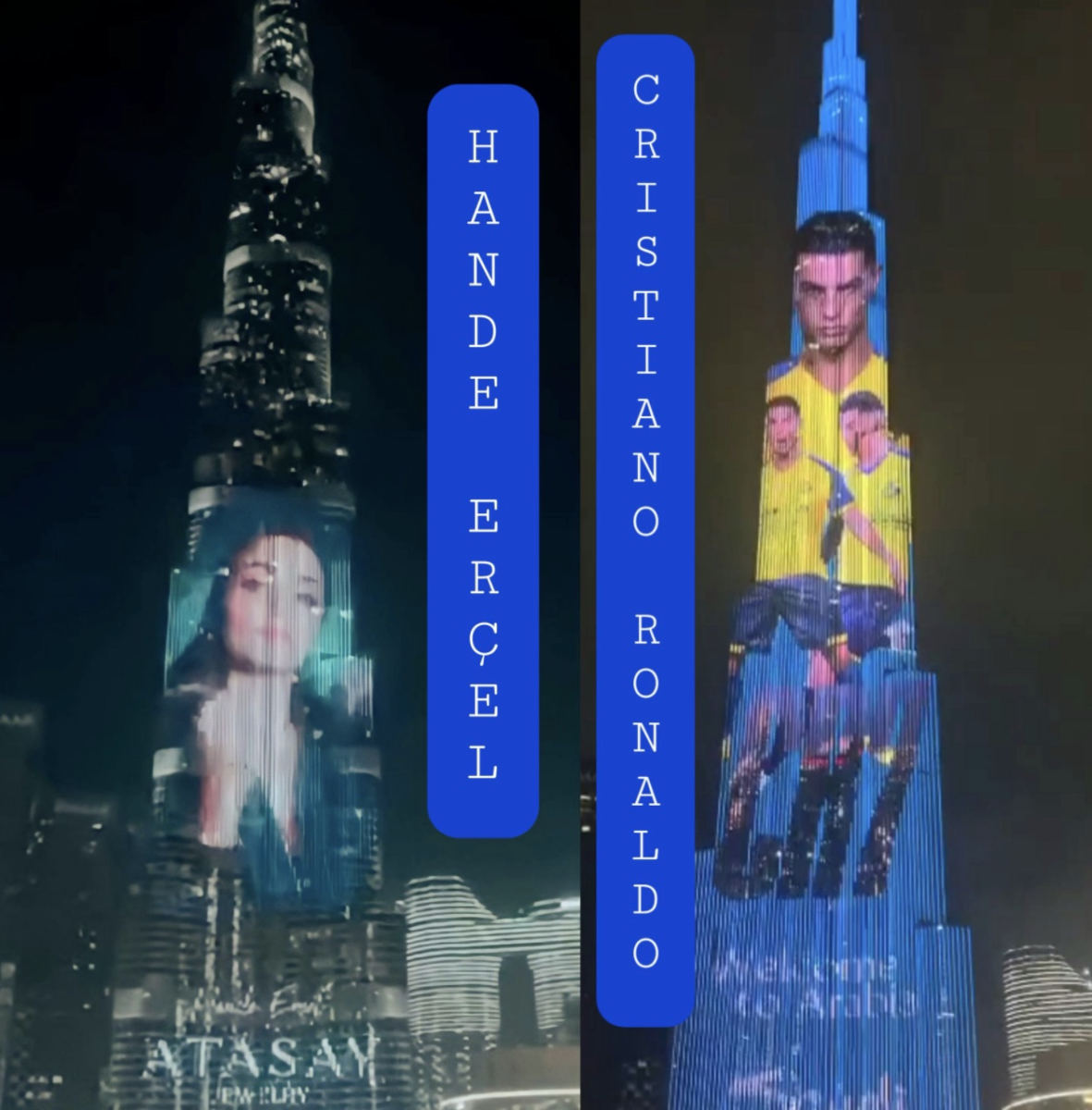 Indeed, after the broadcast of the Commercial of Hande Erçel for the Atasay jewels, it was the turn of the announcement of the signing of CR7 by the Saudi Al-Nassr team after closing its relationship with Manchester. In the image they welcome Arabia to CR7 but this time advertising occupies the entire tower and not half as with Hande Erçel.

Now you will understand why we say that Hande Erçel was with CR7 in Dubai. Being, are but what for CR7 is normal in their day to day, for Hande Erçel is another step to conquer the world, a merit that has more than cattle.