mycrushnews.com
Home THE LATEST Camila Cabello tries to copy Chanel and angers the English in the... 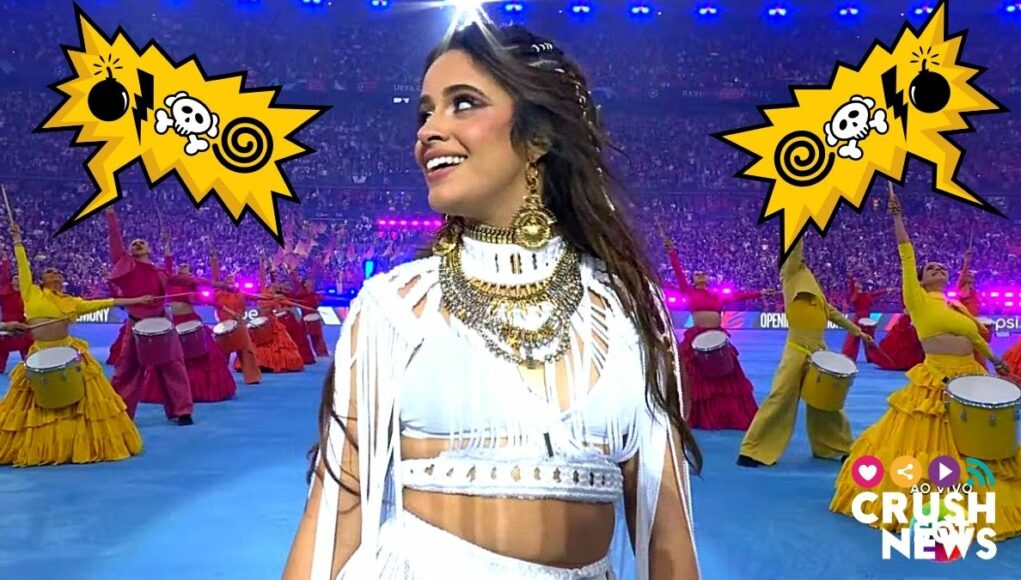 Everything was prepared for Camila Cabello’s performance in the Champions League final. A match that she would face a Spanish match against an English one. Real Madrid vs. Liverpool were focused on stage when Camila Cabello appeared in a semi-transparent white dress, white knee-high boots and a matching white microphone. So far so good, but now you’re going to find out why Camila Cabello angers the English with her performance.

On the ground of the stadium you could read ‘HELLO’ and ‘FAMILY’ in red and yellow colors that correspond to the Spanish flag. The body of dancers was dressed in those same colors and they used fans and all kinds of dance steps that vaguely reminded us of flamenco. Meanwhile, Camila reviewed the best of her hits such as ‘My Oh My’, ‘Señorita’, ‘Havana’ and ‘Bam Bam’, ‘First Man’, ‘Never Be The Same’.

And of course, the interpreter of Havana nailed it. She did a great job, she danced and sang as if she were Chanel and she left everyone with their mouths open except the English people who had their mouths open, but not with admiration.

Camila Cabello annoys the English with this performance because according to them she had too much Hispanic content and even some verses in Spanish, which was understood as an offense against them.

See also  How beautiful your daughter is, Piqué! The wildest comments to the photo of Gerard Piqué and Clara Chía

Some even went so far as to say that because of this tendentious performance, Camila had lost thousands of fans. And the truth is that we hallucinate very strongly with this. Camila Cabello is a Cuban-American performer who enjoys her roots and who wears them out whenever she can, both in her music and in her performances, but believing that the colors used or the origin of the singer chosen by the organization is an offense to try to make them less, let’s see, we already seem to see things where there are none.

And we also tell you, that just as Camila Cabello annoys the English, Camila Cabello fell in love with the rest of the viewers, including this humble editor of Crush.News. Very well done Camila, and if you want to get mad, you already have two jobs.