mycrushnews.com
Home THE LATEST Bella Thorne’s epic response to the hacker who stole her nude photos 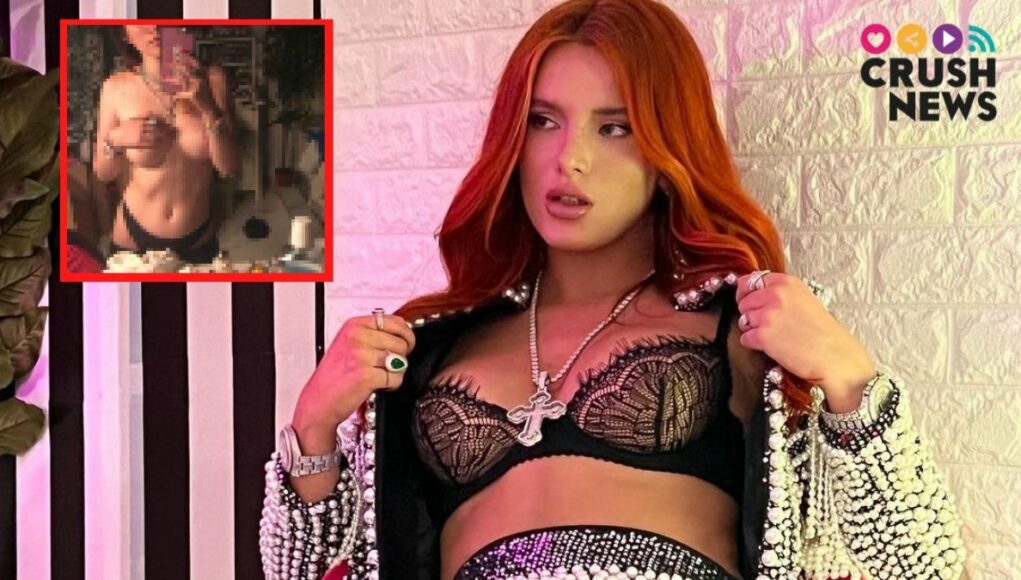 After making some of her most private photos public, Bella Thorne’s response to her hacker has further shocked the public.

This was Bella Thorne’s response to the hacker who threatened her with her nudes. Photos: networks.

The actress had to face a hacker who stole nude photos of her to threaten to publish them. Although this fact could have brought down many personalities in her sector, she has grabbed the ‘bull by the horns’, and Bella Thorne’s response to the hacker surprised her followers even more. She herself decided to take control of the situation and publish not only the photos with which she was threatening her, but also the phone number of the person who threatened her. In addition, she made it clear in the tweet: “Fuck you and the power you think you have over me. I’m going to write about this in my next book.”

Bella Thorne’s responses to the hacker who threatened to upload her private photos. Photos: networks.

Realizing that someone else had access to all of her photos, Bella Thorne felt watched. She assured that “I have been threatened with my own nudes. I have felt observed, I have felt that someone had stolen something from me that I only wanted a special person to see. He has sent me nudes of other celebrities. It will not stop with me or with them, it will continue to do so“.

From abuse to empowerment

Her fans have congratulated her for having dealt with the situation in this way. In any case, it is not the first time that Bella Thorne must face such a hard fact. She already did it by admitting, in 2018, that she was a victim of sexual abuse “since she can remember until she was 14 years old”. Now, she is no longer intimidated by anything. After Bella Thorne’s response to the hacker, her life took a 180º turn. She even decided to create a profile on ‘Onlyfans’ to be able to sell her most intimate photos of her.

Bella Thorne, her life after sexual abuse and threats from hackers. Photos: networks.

Unfortunately, this is not an isolated case. Also other actresses, such as Jennifer Lawrence, Aubrey Plaza and Kate Upton were hacked. In this case, it was the hacker himself who made the intimate photos of these celebrities public. Jennifer Lawrence took the opportunity to talk about this issue with Vanity Fair magazine: “Just because I’m an actress, it doesn’t mean I asked for this […]. It’s my body and it should be my choice.”

All the details about the intimate life of Bella Thorne. Photos: networks.

Momoa testifies against Amber Heard: “She shit in the pool during a shoot”

Camila Cabello tries to copy Chanel and angers the English in...

Momoa testifies against Amber Heard: “She shit in the pool during...

This is the new woman in the life of William Levy...