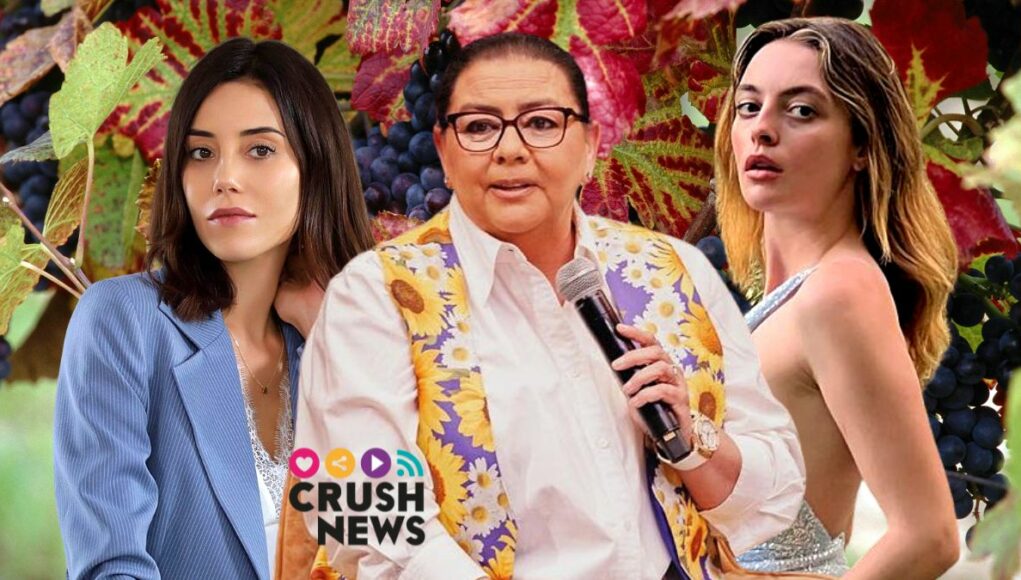 So is, the Turkish actresses Cansu Dere and Melis Sezen in Spain receiving a prize with the singer María del Monte is something very crazy that you have to know.

Turkish series in Spain sweep. If you follow Crush.News you will know that we love and we bring you all the news of the Turkish actors and actresses every time we have OSCASION, so we did not want to let the opportunity to tell you the visit that showed us to The actresses of the Infiel ‘Camsu Dere and Melis Sezen series with María del Monte in Spain.

It was in Torvizcón, a town in the province of Granada , a town located in southern Spain, where they rewarded the Turkish actresses Camsu Dere and Melis Sezen, but …

Why have they awarded these Turkish actresses in Spain?

They were in Spain to attend as awarded in the ‘Viña de Oro Awards ‘ in which in addition to Camsu Dere and Melis Sezen of the series ‘Infiel’, the actors were also awarded < Strong>Abdel Hamid Krim and Amr Waked , from ‘The builders of the Alhambra’, and Ricardo Gómez , singer Rozalén, María del Monte, the finalist Granada de la Voz España Spain Ana González , the Military Emergency Unit, the Auxiliary Help and Dependency, the Canarian Bar of Torvizcón, and the Real Madrid Foundation. Without a doubt that this award helps and much to maintain strong Cultural relations between Turkey and Spain .

Although Camsu Dere could not attend the awards ceremony due to a health problem, his partner Melis Sezen was in charge of collecting the awards for both.

After delivering this beautiful trophy designed by the Granada sculptor Ángel Romero, the mayor of Torvizcón David Moreno, had these words of recognition towards the world of Turkish culture: “Turkish television series are a real phenomenon in Spain. The television series and the actors are first level. On the other hand, the Turks and the Spaniards are Very similar to each other . It is normal for us to reward actors who stand out and arouse interest. ”

This award brings us closer, it is true, but it is also an open door for Turkish actresses to begin to know our country and participate in our projects as one more. Can you imagine Can Yaman as Elite Professor ? For dreaming that there are no.